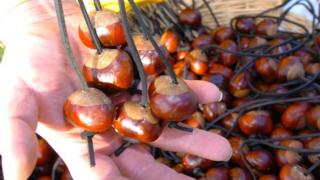 It's the perfect time of year to go conker crazy. Here at Newsround we've got all you need to know about how to come out on top in the ultimate playground game.

What is a conker? 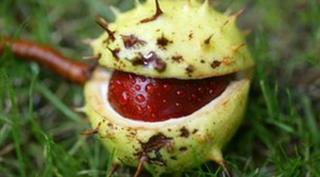 How to prepare your conker for playing: 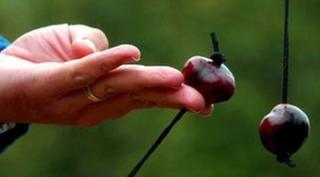 How to choose a good conker:

Test your conkers in water. All the conkers that are damaged or mouldy inside will float to the surface - make sure you get rid of those ones! The good ones will sink.

Hints on how to make your conker stronger: 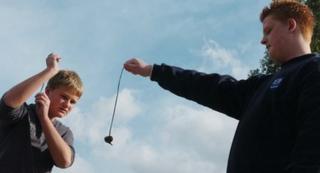 How to play conkers: