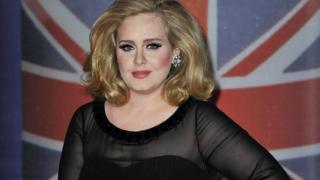 The news comes after lots of rumours about whether or not she'd be singing the film's song that's due out later this month.

Usually it's the film's production company that announces who'll be singing the theme song.

But this time Adele made the news public through a message on Twitter.