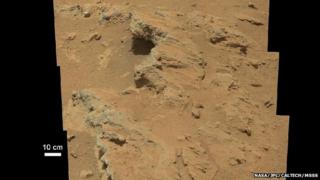 Curiosity Mars rover has beamed back images of an ancient streambed, as it continues on one of the most exciting space explorations of all time.

It's discovered evidence that small rivers used to run through the red planet at one point in its history.

It could suggest that Mars, at least had the potential to support life.

Scientists say the Rover's close examination of pebbles suggested they'd been worn down and shaped by an ancient network of streams. 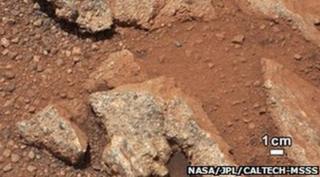 NASA/JPL/caltech-msss
Researchers think the rover has found a network of ancient streams.

Satellites at Mars have captured images of channels on the planet's surface before, but this provides the first real evidence.

Scientists are now studying the images of the pebbles in the rock. The sizes and shapes will give them clues to the speed and distance of the ancient water flow.

The US space agency's $2.6bn mission touched down on the Red Planet on 6 August.

Curiosity is funded for one Martian year (two Earth years) of study.