Aston Villa dump Man City out of Capital One Cup 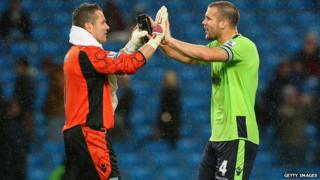 Aston Villa pulled off a huge shock by dumping Manchester City out of the Capital One Cup.

The sides were locked at 2-2 after ninety minutes, but goals from Charles N'Zogbia and Gabriel Agbonlahor sealed the win in extra time.

The cup might not have been at the top Roberto Mancini's list, but he'll have been disappointed with the way his team played.

His side has already conceded 13 goals in seven games this season. 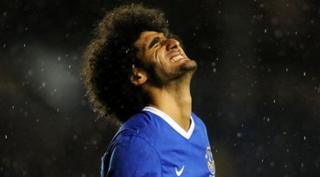 PA
It was a frustrating night for Marouane Fellaini and his Everton team mates.

Swansea came from behind to beat League 1's Crawley Town 3-2 and Chelsea smashed six goals past Wolves in 6-0 win.

There were also wins for Southampton, Sunderland and Swindon.

Bradford are now the lowest placed team left in the competition after beating Burton 3-2.