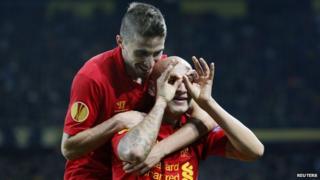 Liverpool got their Europa League campaign off to a great start with an entertaining 5-3 win away to Swiss side Young Boys.

Substitute Jonjo Shelvey was the star of show bagging two goals, the second a 20-yard screamer.

Sebastian Coates, Andre Wisdom and an own goal from Juhani Ojala sealed the win.

The performance will please Reds boss Brendan Rogers, who played a lot of youngsters in his team.

Meanwhile Newcastle had to settle for a point against Maritimo after hitting the woodwork three times, as they started their Europa League campaign with a goalless draw.

The Magpies made seven changes from the side that drew 2-2 with Everton on Monday, but still dominated the game. 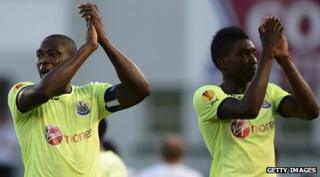 "With the injuries we've had I hope that's the weakest we'll be all season."