Racist chants are heard at Tottenham vs Lazio match 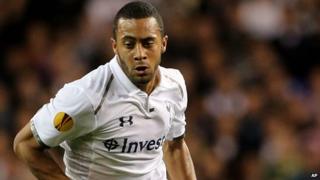 Throughout the second half Jermain Defoe, Aaron Lennon and Andros Townsend were subjected to monkey chants from some of the 1,500 away supporters.

"Uefa is very active on this," he said. "And our overall objective is to kick racism out of football.

Uefa president Michel Platini was at White Hart Lane watching the game which finished in a goalless draw. 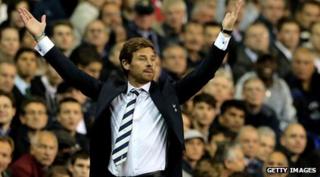 The repeated monkey noises directed at three of Spurs' black players started in the second half when Tottenham attacked the end where the Lazio fans were stood.

It topped a frustrating night for Spurs who had three goals disallowed during the match.

Jermain Defoe, Clint Dempsey and Steven Caulker all had goals ruled out by the match officials.

If you want to know more about what's being done to beat the problem then check out Ore's special investigation on racism in football.