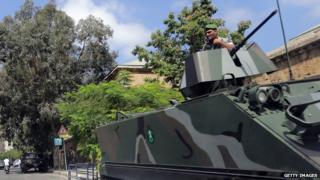 French schools in over 20 countries have closed amid security fears.

There are concerns that they could come under attack, after a magazine published offensive cartoons of the Prophet Muhammad.

The Prophet Muhammad is one of the most important figureheads in the religion of Islam and many Muslims see an attack on him as an insult to their faith.

French embassies across North Africa and the Middle East have also been closed. 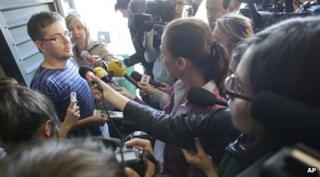 AP
The editor of the magazine has come under pressure for publishing the cartoons.

The publication of these cartoons comes at a time of high tension between Islamic countries and western countries.

Around 30 people have already died in violent protests which erupted early last week over against an American-made anti-Islam film.

Therefore many people have criticised the editor of the magazine for publishing these cartoons, saying he is putting more lives at risk.

But he has rejected that criticism saying the he was using the cartoons to make fun of the film rather than the Prophet.

Muslim leaders have urged calm in France, which has the European Unions's largest Muslim community - about 10% of the population.