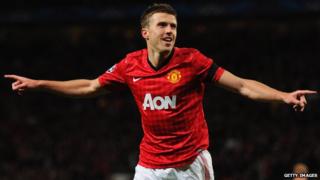 Manchester United edged past Turkish giants Galatasaray in their opening Champions League game of the season.

An early Michael Carrick goal was enough to win it for the Red Devils, but it was far from easy.

The Turkish side were denied what appeared to be a clear penalty when Nemanja Vidic fouled Umut Bulup and also hit the woodwork three times.

But United clung on to the three points to give Sir Alex Ferguson his 100th win as a manager in the competition.

The game also marked the return of influential midfielder Darren Fletcher, who came off the bench for his first game after 11 months out.

The Scotland international has had a long lay-off with an inflammatory bowel condition that had seemingly threatened his career. 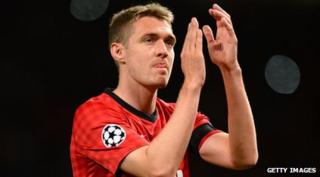 Getty Images
Fletcher's comeback was one of the few high-points of an unconvincing United display.

The 28-year-old was given a standing ovation from the Old Trafford crowd and Ferguson said: "The fans recognised what a tough time Darren has had.

"It was a mark of respect that they gave him a marvellous ovation."