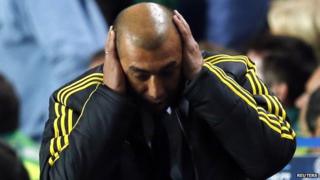 The current cup holders got off to the perfect start with Brazilian summer signing Oscar bagging two first half goals.

But the Blues were unable to hold on, with Juventus twice hitting back.

It was the first time Chelsea had let a two-goal lead slip in the Champions League since the 2004 semi-final against Monaco.

Despite not being able to hang on to the win, Chelsea fans will have been delighted with the performance of Oscar.

The 21-year-old dominated the game in the early stages, grabbing two goals on his full debut - the second a spectacular long-range effort that left Juventus keeper Gianluigi Buffon helpless. 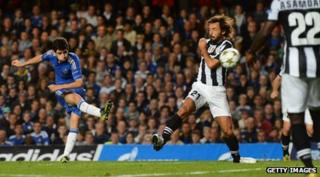 Getty Images
Oscar joined from Brazilian side Internacional for about £25m in the summer.

""He took on board the information we gave him and it was great to see we have a player like this in our ranks. He is a big talent. He has got a bit of everything."