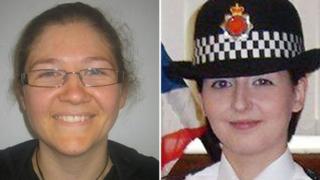 Thousands of tributes have been paid to the two policewomen killed during a routine call out in Greater Manchester.

PC Nicola Hughes, who was 23, and PC Fiona Bone, 32, suffered fatal injuries in the incident in Mottram, Tameside.

More than 2,500 people have already signed an online book of condolence.

The Chief Constable of Greater Manchester Police also paid tribute to the two officers, who were killed as they responded to a suspected burglary.

Sir Peter Fahy said PC Hughes was a "good listener" and a "great bobby" who was "always smiling".

He said PC Bone was a "calm, gentle woman" and an "excellent bobby" who had been planning her wedding.

Fellow officers held a minute silence at 11am on Wednesday to remember Nicola and Fiona.

Councillor Paul Murphy, chairman of Greater Manchester Police Authority, said: "I extend my deepest sympathies to the families, friends and colleagues of the two officers who have sadly lost their lives.

"This is a tragic incident and a tragic day for Greater Manchester."

A 29-year-old man is currently being questioned about the deaths, as well as two other killings, after being arrested shortly after the incident on Tuesday. 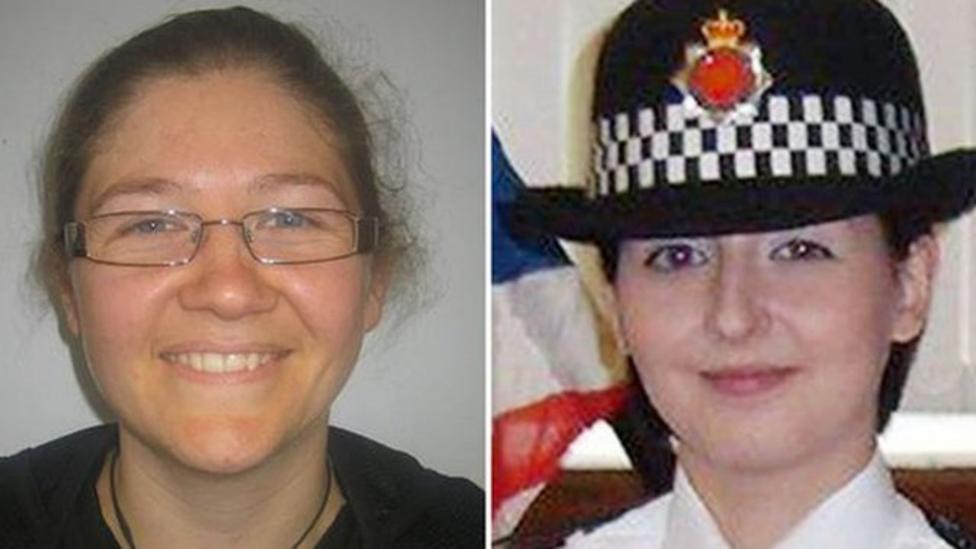