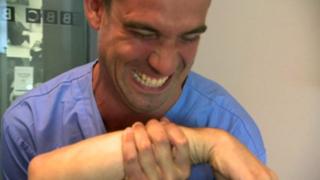 He stops Ricky from being able to lift his left foot off the ground - without touching him!

Then he reads Ricky's mind by telling which hand our presenter's hidden a penny in.

The doctor tops it off with a display of "super strength" - Ricky finds it impossible to lift Chris' hand from the top of his head!

But these tricks are nothing to do with magic - it's all down to science, as Dr Chris explains all in our clip.

Operation Ouch is a new series on everything you've always wanted to know about your body, how it works and how it fixes itself. 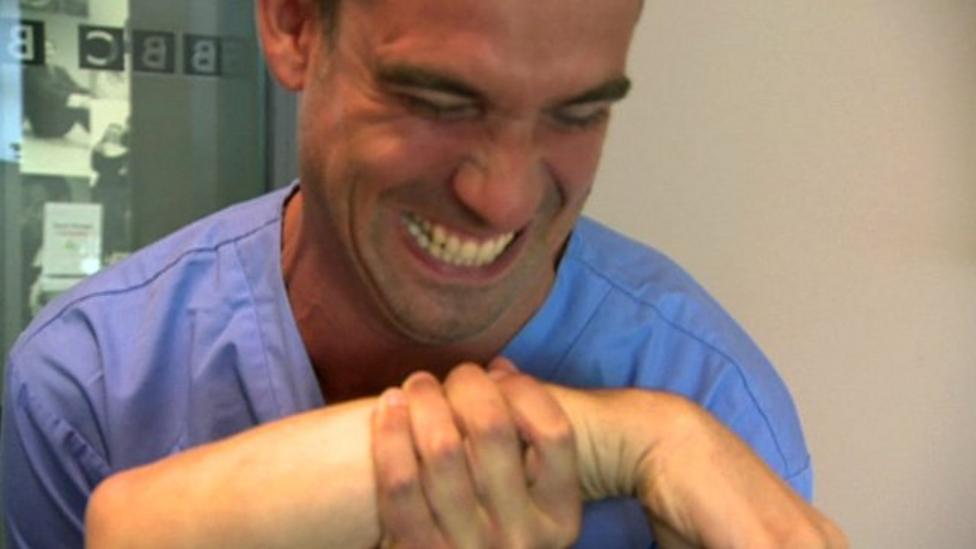