X Factor's Tulisa used to be a shy at school 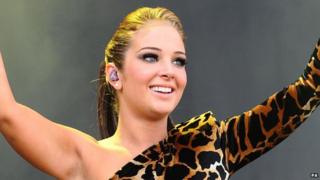 X Factor judge Tulisa Contostavlos used to be "geeky, quiet and shy" at school, according to a former classmate who's now competing on the ITV talent show.

Tulisa's known for being outspoken and loud as a judge on the hit show.

But Madeleine Wilson, who was at the same strict London school as the ex-N-Dubz star when they were 12, says she was always "sweet, polite and nice", back then.

Tulisa was reunited with Madeleine when her old classmate made it through to the X Factor boot camp on Sunday evening.