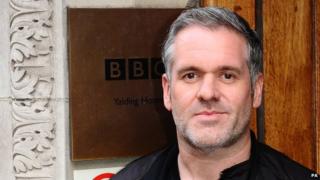 The DJ has been presenting flagship radio show for eight years.

Nick Grimshaw will be taking over the breakfast slot later this month.

Two hundred lucky fans got to watch Thursday's show live as Moyles and the team were joined by Gary Barlow and James Corden.

Moyles' next job is rather different - he'll be hitting the theatre boards for an all singing all dancing role in the musical Jesus Christ Superstar.

He's the station's longest-serving DJ, after 15 years at BBC Radio 1.