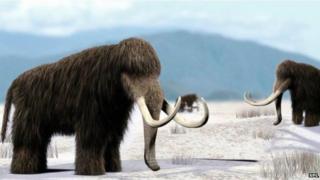 The discovery of frozen woolly mammoth remains in Siberia has raised hopes that the animal could be cloned.

Mammoths, which look similar to elephants, are thought to have died out between 10,000 and 4,000 years ago.

Scientists say that if they find any living cells they could use them to make a mammoth clone.

It is very unlikely though as the cells would have had to stayed at a stable temperature between -4C and -20C for them to have survived. 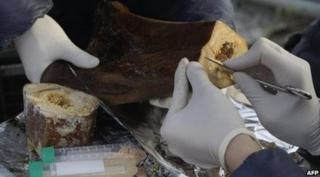 AFP
Cells will be tested to see if they are alive

Are the cells alive?

The remains were found frozen deep underground in Siberia by a Russian led team of scientists.

Now samples of hair and bone marrow will be sent to a lab to see if any of the cells are alive.

Semyon Grigoryev, a professor at North-East Federal University (NEFU), told Reuters: "All we need for cloning is one living cell, which means it can reproduce autonomously.

"Then it will be no problem for us to multiply them to tens of thousands of cells."

Scientists have attempted to clone mammoth remains before but so far no one has been successful - some say it's not possible.