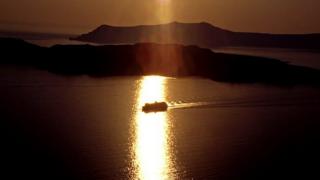 A chamber of molten rock beneath Santorini's volcano grew by 10-20 million cubic metres between January 2011 and April 2012.

That's 15 times the size of the London Olympic Stadium.

As the 'balloon' of magma grew it raised the surface of the island by between 8-14 centimetres, the equivalent of around 15 years growth in just over one year. 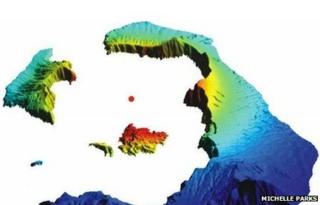 Michelle Parks
This shows how Santorini has risen due to the magma. The greatest movement is in red.

Scientists from Oxford University used satellite radar images to detect movements in the Earth's surface of just a few millimetres to find out more about the volcano.

But this growth doesn't mean an eruption is about to happen. In fact, earthquake activity (usually indicating a volcanic eruption) has died down in the past few months.

Santorini's volcano had its last major eruption 3,600 years ago when it buried the islands under metres of pumice rock.