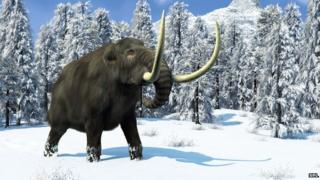 SPL
Could extinct woolly mammoths be brought back to life?

A 'Jurassic Park prize' is to be offered to the first scientific team to bring an extinct species, whether a mammoth or a pigeon, back to life.

The award's being promoted by the X Prize Foundation, who organised a space race in 2004 for the first private space plane.

They say: "We are living during one of the highest rates of species extinction in the history of this planet."

It's hoped they'll find a way to bring back extinct species to the world.

What does extinction mean?

Steven Spielberg, who directed the Jurassic Park films about cloning dinosaurs, will be asked to support the prize.

"He is fascinated by this stuff," said a person who knows him.

At least three Asian teams are already seeking DNA from a mammoth frozen in Russia 4,500 years ago, to mix with the genes of its closest modern relative, the Indian elephant.