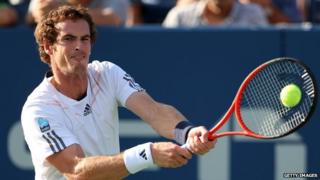 Andy Murray has made it through to the semi-finals of the US open after defeating Croatia's Marin Cilic.

At first it looked like Cilic was going to storm to victory but Murray fought back brilliantly from a set and 5-1 down to take the win.

He said: "I've had a lot of tough matches - everyone goes through them."

"There is pressure on you to perform well, expectations are high and sometimes you're nervous."

The Scot is into to the last four for the second year running and will play Czech Tomas Berdych on Saturday.

If Murray reaches the final, he'll face one of four opponents who have yet to play their quarter-finals.

Janko Tipsarevic and David Ferrer will compete on Thursday while Novak Djokovic and Juan Martin Del Potro will play their match early on Friday morning.