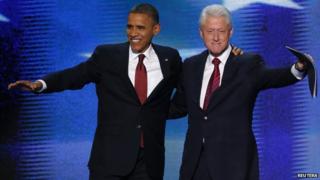 Obama given support by Clinton

The former US president Bill Clinton has given a rousing speech supporting Barack Obama to be re-elected.

Clinton said Obama was the best man to lead America and that he would sort out the country's money problems.

Clinton's wife, Hillary, is also a senior politician and works for Obama's government.

Watch the clip to see how popular Bill Clinton was with the crowd. 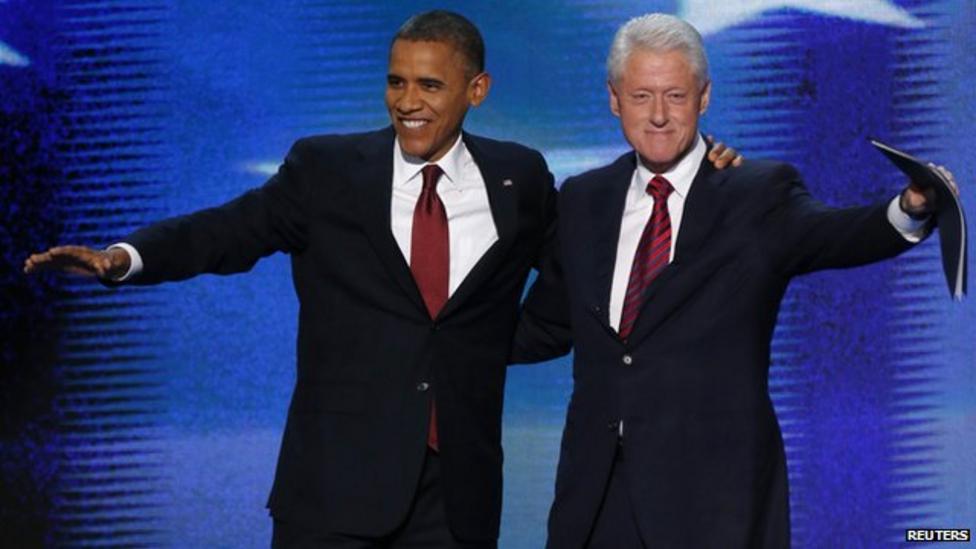 Obama given support by Clinton