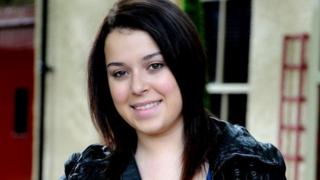 The star of CBBC's Tracy Beaker and Dani's House, Dani Harmer, has signed up to compete on Strictly Come Dancing.

The actress is the first TV star to be confirmed for the dancing show, which starts on BBC One on 15 September.

She's already used to strutting her stuff, after appearing in the final of Let's Dance For Sport Relief alongside Outnumbered actor Tyger Drew-Honey.

The full line up for this year's Strictly Come Dancing is expected to be announced on Tuesday.