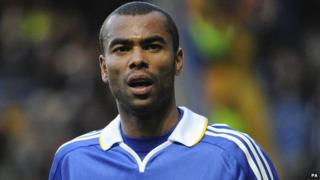 Ashley Cole has been ruled out of England's World Cup qualifier against Moldova with an ankle injury.

The Chelsea defender sustained the knock in the European Champions' 4-1 defeat to Athletico Madrid last Friday.

England boss Roy Hodgson said he was hopeful Cole would be back to full fitness in time for the tricky qualifier against Ukraine on Tuesday.

But in the meantime it is thought Everton star Leighton Baines will fill in at left back.

Cole becomes the latest in a long list of England stars to miss Friday's game against Moldova.

Striker Andy Carroll withdrew from the squad after picking up a hamstring injury on his West Ham debut.

Chelsea captain John Terry though looks set to win his own personal fitness battle, after playing a full part in training.