'Biggest ever threat' to UK trees by pests and disease 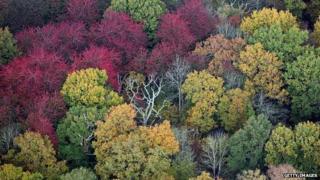 Trees in the UK are facing the biggest ever threat to their existence, according to a new report.

The Forestry Commission, who are in charge of protecting Britain's forests, say all species are open to attacks from a new breed of pests and disease.

The biggest risk comes from new species that aren't native to the UK.

Some bugs and diseases that have come over from other countries can be deadly as there's no natural predators to stop them developing.

They say an increase in the international trade of plants is making the problem worse.

Last year thousands of infected larch trees in Cornwall had to be cut down after a disease called P. ramorum, which had not been found in the UK before, started to spread. 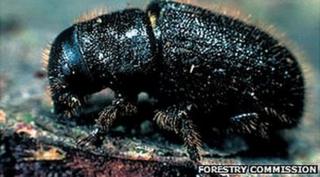 Another hazardous pest introduced to the UK by humans is the great spruce bark beetle. It arrived via wood from abroad that hadn't been debarked properly.

In that case scientists managed to successfully bring a natural predator into the UK, which has helped to keep the beetle numbers low.