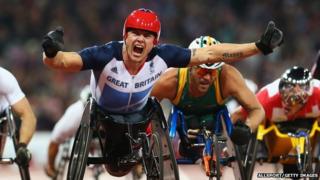 He stormed to victory in the T54 5,000m thanks to a powerful late burst.

He's won the London Marathon six times and took home two golds at the last Paralympics in Beijing - in 800m and 1,500m. 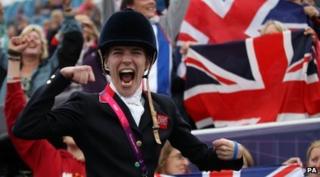 Anthony Kappes and pilot Craig MacLean continued GB's success in the Velodrome. Their tandem sprint gold made up for their disappointment on Saturday when they failed to finish in the 1km because of a mechanical problem. 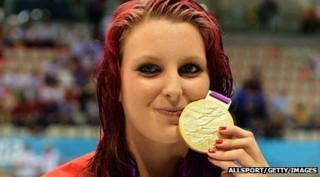 Sixteen-year-old Jessica-Jane Applegate swam to victory in the S14 200m freestyle final. She set a new Paralympic record to get GB's third Paralympic gold in the pool.

After winning a shot put bronze, Aled Davies made it gold in the discus. 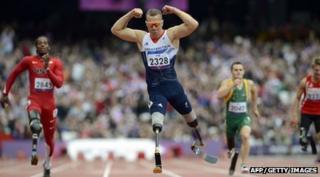 Ellie Simmonds held on to her S6 400m freestyle title - and she did it in style by setting a new world record!

Sarah Storey grabbed her second title of the Games in the individual 500m time trial.

Her husband, Barney Storey, matched that in the tandem 1km time trial - he was pilot for Neil Fachie.