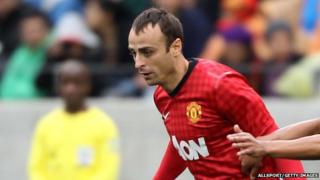 Football clubs have their last chance to boost their squads before the transfer window closes on Friday night.

They have until 11pm to make permanent or loan signings and there's usually a big frenzy on deadline day!

City have also signed Swansea's Scott Sinclair in a four-year deal worth £8m.

Liverpool midfielder Charlie Adam has joined Stoke City in a deal thought to be about £4m.