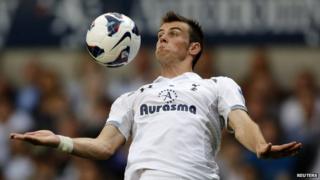 Tottenham Hotspur and Liverpool have both got tough draws in this year's Europa League.

Spurs will have to face Greek side Panathinaikos, as well as a tricky trip to Italy to play against former champions Lazio and Maribor in Slovenia.

Liverpool will play against Udinese who narrowly missed out on a spot in the Champions League, as well as Young Boys in Switzerland and Russian club, Anzhi.

Newcastle are the final English club in the draw - they've been put in a group with French side Bordeaux, Brugge from Belguim and Portugal's Maritimo.