Man City to take on Real Madrid in Champions League 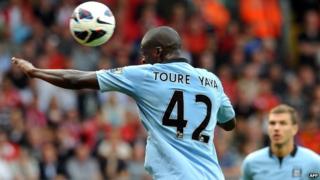 The Spanish side have won the tournament a whopping nine times.

Roberto Mancini's players have got a tough draw, every team in their group are current national champions.

As well as Real Madrid, City will be playing against Ajax and Borussia Dortmund.

They'll also have to beat Ukrainian side Shakhtar Donetsk and Denmark's FC Nordsjaelland to go through to the next round.

Manchester United will be taking on Romanian side FC Cluj, as well as Turkish giants Galatasaray and Portuguese side Braga.