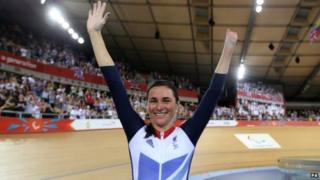 Storey triumphed in the women's C5 3km individual pursuit final when she caught her opponent Anna Harkowska of Poland just over the halfway point.

She said: "To get the gold medal is a dream come true." 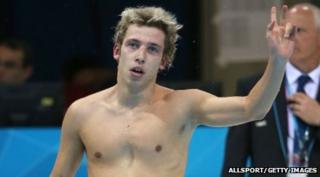 In the Aquatics Centre, Fox stormed to victory in the S7 100 metres backstroke race.

Both Storey and Fox had set new world records earlier in the day when qualifying for their finals.

The medal success didn't end there. Cyclist Mark Colbourne won GB's first medal of the Paralympics when he took silver in the time trial event.