The man who'll be challenging Barack Obama to be US President gives his big speech to his party on Thursday.

Republican Party supporters have come together for a massive meeting called a national convention in Florida.

They've officially selected Mitt Romney as their guy to run for America's top job in politics.

He's hoping to beat Barack Obama, who's from the Democratic Party, to the White House in the US elections this November.

Who is Mitt Romney? 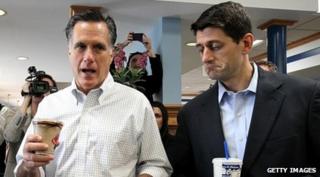 His wife and 'secret weapon' 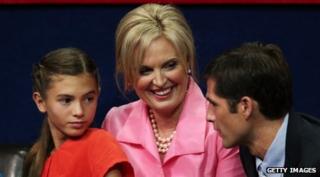 Getty Images
Ann Romney (centre) with her granddaughter and son

Mr Romney's team is said to view his wife Ann as a "secret weapon" that can help boost his appeal, especially with female voters.

On Tuesday she gave a speech, talking of their "real marriage" and about how her husband helped her deal with multiple sclerosis and breast cancer.

The idea was for voters to see more of Mr Romney's personality and make him appear more likeable.

Michelle Obama played a major part in helping her husband get elected back in 2008.