Greenhouse gas may be locked in Antarctic ice 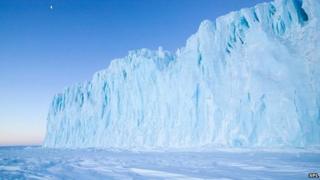 Greenhouse gases could be locked underneath the ice-covered regions of Antarctica, according to a new study.

Experts think that the methane, a powerful greenhouse gas, is being slowly released into the atmosphere as ice melts.

Scientists believe that the release of the gas may be linked to climate change, meaning the planet is getting warmer.

Findings show that ancient bits of organic matter have been turned into methane.