London 2012: Guide to sports at the Paralympic Games 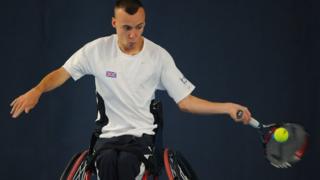 The London 2012 Paralympic Games will include 20 different sports - including some that you might not have heard of before.

Sports like swimming, cycling and athletics will happen in a similar way to their Olympic equivalents but split into many different classifications depending on the athlete's level of physical, visual or intellectual impairment. 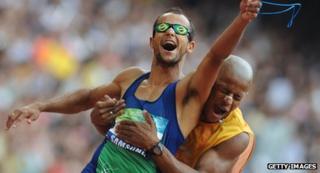 You'll spot some more differences in other sports like blind football. The pitch is smaller than in football and the ball makes a sound as it moves - it helps players know where it is, but means spectators have to be silent so it can be heard.

There are two sports which you'll only find at the Paralympics too: