Winning start for Andy Murray at the US Open 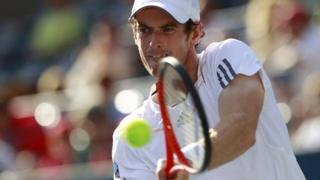 Andy Murray has got his US Open campaign off to a winning start.

The British number one did not play his best, but still managed to beat Alex Bogomolov Jr 6-2 6-4 6-1 to make it into the second round.

It's the first time Andy's been in action since winning gold at the London Olympics.

He'll meet Croatia's Ivan Dodig next who is world number 118.

Andy said: "I guess it wasn't the prettiest of matches, but it doesn't need to be at the beginning of the tournament. You want to play your best tennis at the end if you can. I will need to improve, that's for sure. But aside from serving, I played pretty well."

The Scot is hoping to use his Olympics victory as inspiration to try to win his first Grand Slam title.

Great Britain's Laura Robson is also through to the second round, but faces a tough next match against Kim Clijsters.