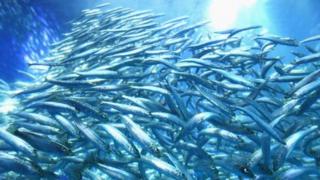 Most of us have played video games before, but have you ever seen a fish playing one?

Scientists have developed a video game for fish to help them find out more about how they hunt their prey.

The game is a series of projected red dots which move around in the tank.

The fish think that the dots are prey - then researchers watch how the fish act when they see the dots. 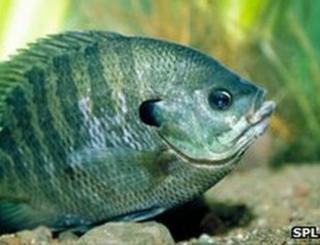 A team at Princeton University in America created the game to study the behaviour of the Bluegill Sunfish.

They found that if the dots were in a group, the fish were less likely to try and attack them than if they were on their own.

Dr Iain Couzin helped to make the game. He said: "It would be fascinating to understand whether the fish learned to play the game better over time."