Jessie J back as Voice coach 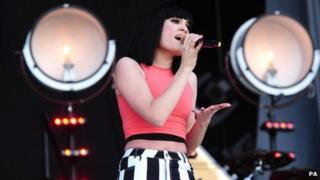 Jessie J has confirmed she will come back to be a mentor on the second series of the BBC music talent competition, The Voice.

There had been rumours that Jessie J would not be rejoining the panel but her second tweet made it clear she would be part of the second series.

"I WILL be a coach on the 2nd series of The Voice UK!"

In the first series, Jessie J, will.i.am, Tom Jones and Danny O'Donoghue were the mentors.

Jessie is the first coach to confirm she'll be back for the second series.

It is still unconfirmed whether all three original mentors will return.

The second series is due to return to the BBC in 2013.