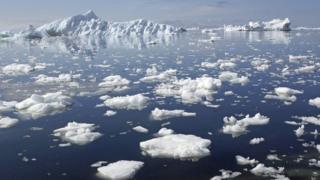 The amount of ice in the Arctic could melt to an all time low by the end of the month according to the latest satellite pictures.

Scientists at the US National Snow and Ice Data Center say 100,000 sq km is melting each day on average.

The satellites show the ice is covering a much smaller area than on the same day in 2007, the previous low point.

It's been melting rapidly since late June and is expected to continue until mid to late September. 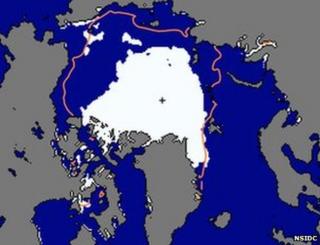 As the ice has a bright surface, it reflects about 80 per cent of the sunlight that hits it back into space.

When the sea ice melts, it reveals more of the dark ocean surface, which absorbs 90 per cent of the sunlight, making the Arctic Ocean warmer.

Scientists think that if this warming continues, the Arctic could be left without any ice during the summer months by 2030.