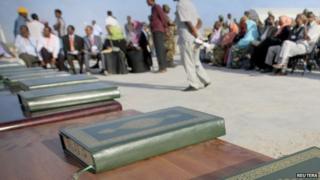 An 11-year-old girl has been arrested in Pakistan after being accused of ripping pages out of the Muslim holy book, the Koran.

Angry mobs threatened to set fire to houses near her home after she was found with a carrier bag containing torn pages from the book.

Muslims believe the Koran is the word of God and damaging it is seen as blasphemy. 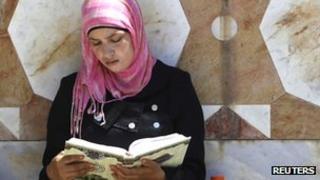 That's a serious crime in Pakistan and anyone who destroys a copy can be sent to jail for life.

Pakistan's minister for National Harmony, Paul Bhatti, said the police had no choice but to arrest the girl after an angry mob threatened to burn down her house and others in the neighbourhood where she lives, just outside Islamabad.

He told the BBC it was unlikely that the girl damaged the book on purpose.

It is thought more than 600 people have fled from the Christian neighbourhood where the girl lives after threats of violence.