No X Factor for Olympic stars Farah and Hoy 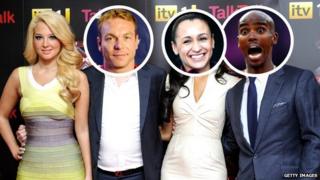 Team GB stars Mo Farah and Sir Chris Hoy have denied they've been lined up to appear on a special Olympic themed episode of the X Factor.

There had been reports in several newspapers that the gold medal winners would be used as inspirational mentors on the ITV show.

But a spokesperson for Sir Chris said it's "not true" and Mo Farah's agent claimed the papers had "made it up." 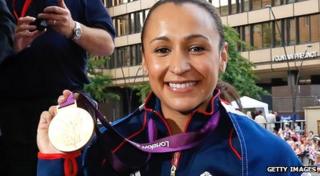 Getty Images
She's a sporting superstar - but can she sing?

Heptathlon ace Jess Ennis could still be persuaded to take part in the show.

She told ITV's Daybreak programme: "It sounds like a brilliant idea. I'm a massive fan of X Factor."