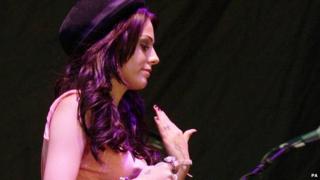 Pop star Cher Lloyd was forced off stage on Sunday after festival fans threw bottles at her during her performance.

The 19-year-old left the stage after a plastic bottle hit her drummer at the V Festival in Essex.

She said: "It's hard enough being up here", but was forced off again after a glass bottle was thrown at her. 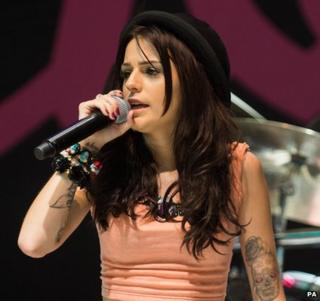 PA
Cher Lloyd has been targeted by online bullies

Afterwards she tweeted: "Thank you so much for all the nice messages, shame that a couple of people had to ruin it."

It's not the first time the singer from Worcestershire has been a target for abuse.

In early 2012 she told the BBC she gets bullied regularly on Twitter.

But it hasn't stopped her achieving success. The singer has concerts planned in the US and has just entered the top 10 radio chart there.