The sun is the most perfect natural sphere, study shows 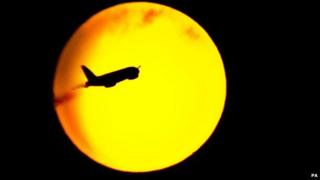 Scientists measuring the sun were shocked to find it's the most perfectly round natural object in the universe.

Until now experts have always assumed that the sun bulged a bit around the middle - making it very slightly flying-saucer shaped.

But the bulge is so small that if the sun was the size of a beach ball, the centre bulge would be less than the width of a human hair.

It's the first time they've been able to take such accurate measurements.

Scientists have been trying to measure the sun for 50 years. This time they did it by taking pictures of the sun at every angle using a satellite in space.

The findings are really important in figuring out what's going on inside the sun. They now know that the outer layers of the star are spinning a lot slower than the centre.

So far the sun's behaviour has been very hard to predict and there's likely to be lots more solar surprises to come.

The head of the experiment Dr Jeffery Kuhn said: "It's fooled us every time we've looked."