Elephants stopped from having babies in South Africa 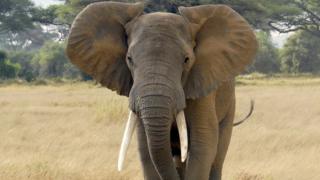 A new way to stop elephants from having babies is being tested at 14 wildlife reserves in South Africa.

A dart is used to inject a vaccine which means they can't get pregnant.

The injection wears off and doesn't have any long-term impact on the animal's health.

It's being introduced because there are too many elephants in the country and their massive appetites mean they eat all the plants.

In some parts of Africa, elephants are endangered because they are hunted for the ivory in their tusks.

But in other areas, like KwaZulu-Natal province in South Africa, and in Botswana, there are loads of elephants - and they can become a problem.

Large numbers of hungry elephants can rampage through farms, destroying crops in search of food.

In the past elephants have had to be killed to reduce their population.

This way of stopping their numbers growing is kinder than killing them and easier than transporting them to other places.