A super-fast plane designed to fly six times faster than the speed of sound has failed its latest test flight.

The hypersonic jet Waverider has been created by the US military.

But a test plane, with nobody on board, was lost in the Pacific Ocean after a faulty control stopped its supersonic-combustion ramjet engine from starting.

It's the second time this has happened, but its first test flight in 2010 flew at five times the speed of sound for three minutes.

The US government and Nasa hope the project can be used to develop faster missiles.

If it works, it could one day carry passengers - but that probably won't be until around the year 2050! 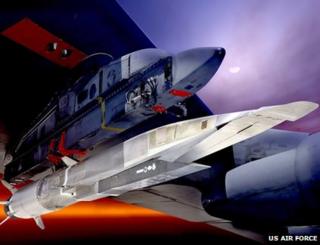 It is attached underneath the wing of a plane and released. Then the engines start and it whizzes across the sky.

In the future, it could mean travelling around the world is much quicker.

If planes like this were used for commercial flights it'd mean you could get from London to New York in about an hour.

At the moment it would take you about eight hours. 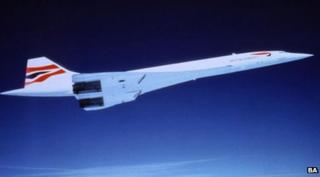 Concorde used to be the fastest plane in the skies - a flight from London to New York took about 3.5 hours.

It travelled at about twice the speed of sound, but it stopped flying back in 2003, partly because it was so expensive to run.