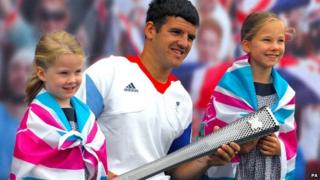 The flame of the Paralympic Games will be created on the UK's highest mountains and will be part of a 24 hour torch relay, it's been announced.

On 22 August flames will be made by Scouts on Scafell Pike, Ben Nevis, Snowdon and Slieve Donard.

They'll then be taken to the capitals: London, Edinburgh, Cardiff and Belfast before heading to Stoke Mandeville where the Paralympics first started.

On 28 August the flame will head to London for the opening of the Games.

The Scouts will light the flames by striking flint on steel.

During the last 24 hours, 580 torchbearers will carry the flame along its route.