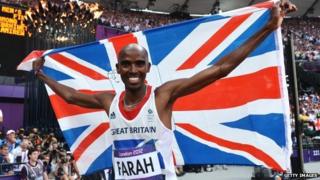 The long distance runner was roared down the home straight by 80,000 screaming fans inside the Olympic Stadium on Saturday night.

Mo said afterwards: "There's no way to describe it. You imagine being Olympic champion once, then it happens twice." 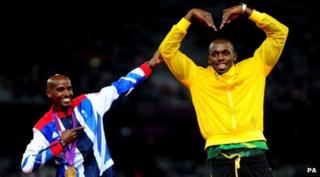 PA
Usain Bolt does the 'Mobot'!

Going into the race, Mo was ranked only 11th in the world and seven men who lined up had quicker personal bests.

But that didn't stop Mo from taking the gold and he celebrated with the 'Mobot'.

Britain had never won a men's long distance gold at the Olympics before, so this double victory means Mo is now a legend in the sport.