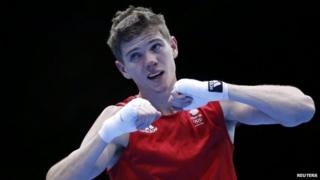 Team GB's boxers could win three more golds this weekend, with Luke Campbell, Fred Evans and Anthony Joshua all through to their finals.

Middleweight Anthony Ogogo has had to settle for bronze after losing his Friday semi to Brazil's Esquiva Falcao.

Luke Campbell goes for bantamweight gold on Saturday. Fred Evans and Anthony Joshua vie for the welterweight and super heavyweight titles on Sunday.

They're all guaranteed at least a silver. 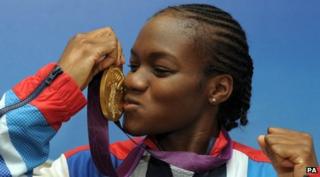 On Thursday, Nicola Adams became the first ever women's Olympic boxing champion in the flyweight category.

The last time Great Britain won this many Olympic boxing medals was way back in 1956 in Melbourne, Australia!