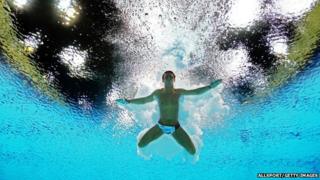 British diving star Tom Daley has eased through to the 10m platform final.

He performed six good dives in Saturday morning's semi-final to qualify fourth with a score of 521.10.

It's a relief after the teenager only scraped through the opening round in 15th spot. 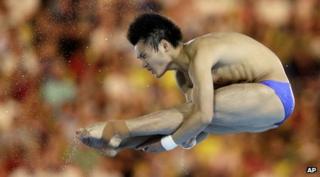 "That was a lot better than yesterday," said Tom. "That's the thing with diving, anything can happen, as you've seen with the Olympic champion not qualifying."

There was a shock after defending champion Matthew Mitcham from Australia missed out on the final by one place.

Tom will be hoping to make up for the disappointment of the 10m synchro, where he and Pete Waterfield finished fourth.

He said: "I'm gradually getting sharper and sharper... now I have qualified I'm going to give it my best shot tonight."