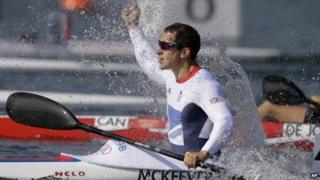 Team GB's Ed McKeever has been nicknamed "Usain Bolt on water" - and he lived up to it by storming to gold in the men's 200m kayak.

The kayaker went out fast and no one could catch him. He crossed the line in 36.246 seconds.

McKeever said: "I'm so happy. I feel relief. It sounds stupid but it's not elation - more relief and I'm so happy to do it front of a home crowd."

He added: "I was like a kid at Christmas this morning waiting to open his presents. I get to open those presents soon."

McKeever, who's training to be an accountant, won the world and European titles in 2010. 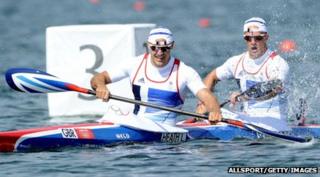 There was more medal success for McKeever's teammates Liam Heath and Jon Schofield.

The European champions finished third in the men's kayak double 200m to grab bronze, behind Russia and Belarus.