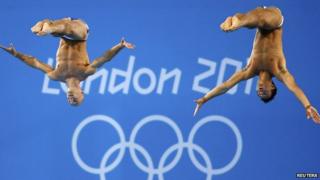 All the highlights and potential Team GB medal winners to watch out for on day 14 of the London 2012 Olympic Games.

Look out for Team GB's medal hopefuls Shanaze Reade and Liam Phillips in the women's and men's semi-finals at 3pm. If they qualify they'll be in the finals at 4.30 and 4.40pm. Shanaze crashed out of the final in Beijing four years ago but is hoping things will go her way today.

A day after Jade Jones became the first person in Team GB to win a gold medal in taekwondo, Lutalo Muhammad fights in the men's 80kg category.

Tom Daley and Peter Waterfield compete in the opening round of the Men's 10m Platform.

The finals of the men's and women's 470 sailing in Weymouth were prevented from taking place yesterday because there was no wind. Today both crews go for medals and are guaranteed a silver.

The team GB women's hockey team are hoping to take home the bronze medal when they face New Zealand. They lost in the semi-finals to Argentina on Wednesday.