No golds for GB, but a great day of athletics on day 13 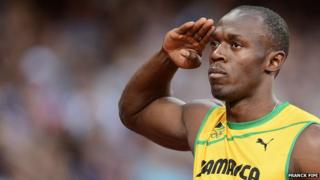 There were no gold medals for Team GB on day 13, but it was a great night of athletics in the Olympic stadium.

It was all about the super quick sprinters in the final of the men's 110m hurdles, the women's 200m and the heats for the men's 200m.

In the men's 200m you might have heard of the two names that caught the eye - Usain Bolt and Yohan Blake!

It was the 110m final that was the big event of the night, and British hopes were with young sprinter Lawrence Clarke.

He started out in lane one, and had to watch as Aries Merritt stormed into the lead and won.

But it was a great race for the 22 year old Clarke - and he managed to finish fourth. Big things are expected of him in the future. 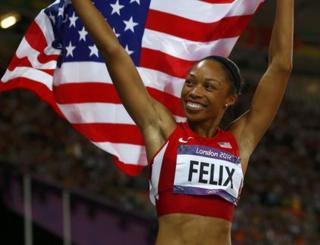 Allyson Felix but on a brilliant display of sprinting in the final of the women's 200m.

She was in charge of the race from start to finish, and cruised over the line to take the gold medal.

Now all the talk will be looking ahead to tomorrow night's men's 200m.

It looks like it could be a head to head between the two Jamaicans that dominated the 100m race.