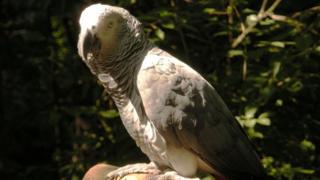 It looks like parrots aren't as bird brained as we thought they were.

Scientists have found that African grey Parrots are smarter than the average two-year-old human!

They compared how quickly the animals and children could solve a puzzle which involved hiding a piece of food in a box.

The tests showed that only children over the age of three did better than the birds.

Similar behaviour has been seen before in apes but its the first time it's been noted in non-human animals.

Scientists also found that the parrots, which weren't used to taking part in these kinds of experiments, actually did better than monkeys who have finished similar tests before.