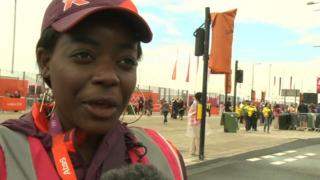 It seems you don't have to win a medal to steal the limelight at London 2012.

After Rachel Onasanwo, a volunteer working at the 2012 Olympics has became an internet hit.

She's been labelled the "happiest Olympic worker" because of the way she directs people through the park with her megaphone.

Her dry sense of humour was filmed by a fan and put online - and has been viewed over a million times.

Rachel is one of 70,000 volunteers at the games and she's tickled fans from around the world.

When you first hear her speak it may not seem like she's enjoying herself but she's actually having the time of her life.

Rachel's job involves keeping visitors informed and upbeat and she decided to use humour to make the crowd smile.

She's admited that there's something quite British about her humour becuase she doesn't show her real emotions - something people think the British are good at doing.

But the more you listen the funnier she gets.

Ricky liked her routine so much he decided to track her down. 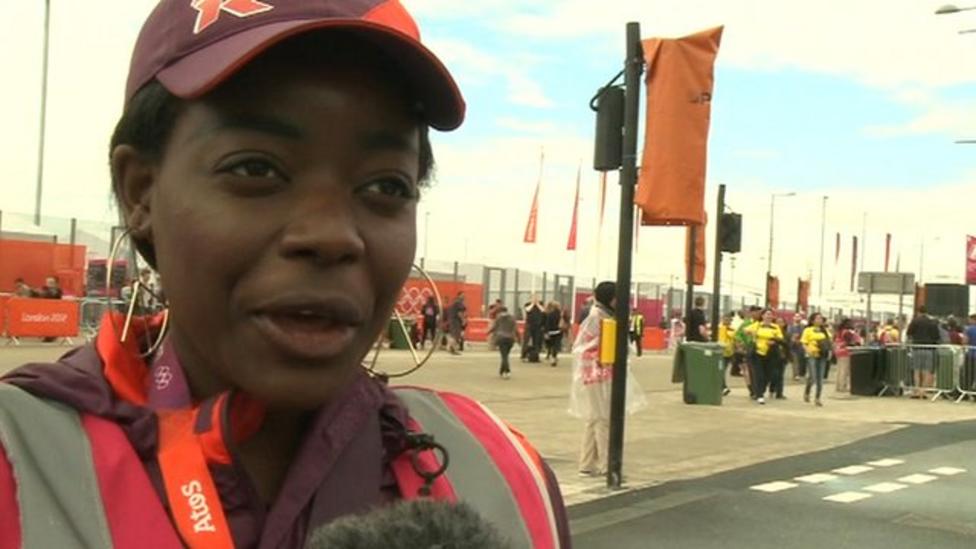