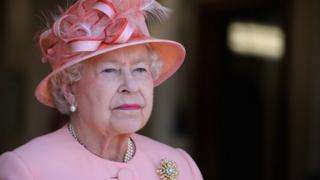 The Queen is hosting the final event of her Diamond Jubilee celebrations.

And she's decided to celebrate in style - having a garden party in Scotland.

The party will be held at the Royal Deeside castle at Balmoral and her husband the Duke of Edinburgh is also expected to attend.

The Queen's 60 years on the throne have been marked by a series of events throughout the year.

In June the Queen led a flotilla of boats along the Thames in London during a special four-day UK Bank Holiday.