Marvin JLS and Rochelle Saturday back from honeymoon 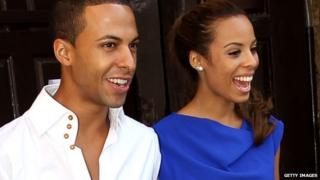 JLS star Marvin and Saturdays singer Rochelle are back from their honeymoon but say they're planning a longer one later.

The pop stars got married on 27 July and flew to Portugal for a short break. 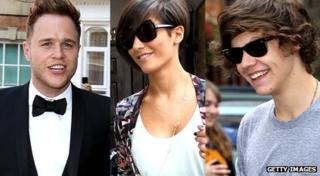 But they could only squeeze in a few days away because Rochelle has work commitments with the Saturdays.

She's flying off to America to record a reality show with the band - so the newlyweds are saving their 'official' honeymoon until December.

The couple have been dating for two years and decided to get married last Christmas.

Loads of their popstar friends came to the wedding reception including Olly Murs, One Direction star Harry Styles and of course the Saturdays girls.